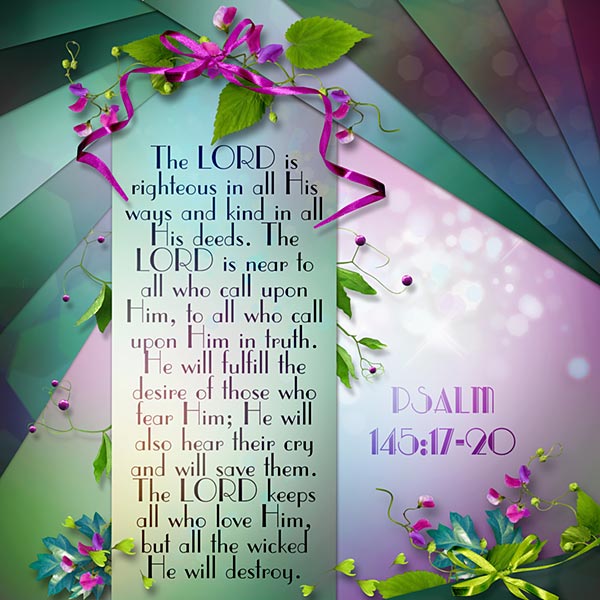 Please note that I had at one time replaced “The LORD” with “YHVH” as it was in the original Hebrew. However, I have come to the conclusion that God does not expect us to use the Hebrew language for His name if we don’t even speak that language.

There are people who are part of a movement called the “Sacred Name” who insist that it’s blasphemy to “mispronounce” God’s name, even though no one can even seem to agree on a spelling or pronunciation, even in the Hebrew. At one time long ago, the Jews misunderstood “taking the Lord’s name in vain” as mispronouncing and started saying “the Name” in place of it.

Some people also say that “Lord” means “Baal,” and that God will not “hear” our prayers if we address them to “the Lord.” I believe the context of using the word “Baal” as meaning “Lord” is that they were indeed worshiping false gods (just like when they worshiped the golden calf and called it their “god who brought them out of Egypt.” Needless to say, we are not doing that, but are acknowledging the TRUTH that God IS the Lord of ALL (the Lord of lords). God does know our hearts and intentions.

It also came to my attention that when quoting the Old Testament scriptures, the writers of the Greek who were inspired by the Holy Spirit used “the Lord” in places where the verse being quoted said YHVH in Hebrew. (And no, the original New Testament was not written in Hebrew or Aramaic – any such translations were made from the original Greek.)

Let’s remember that GOD is the One who separated the nations and confused their languages. He is perfectly able to understand any language spoken. The important thing is that we DO call upon His name, not what spelling or pronunciation we use.